Home » A Game of Shows: The increasingly competitive market for tv series

A Game of Shows: The increasingly competitive market for tv series 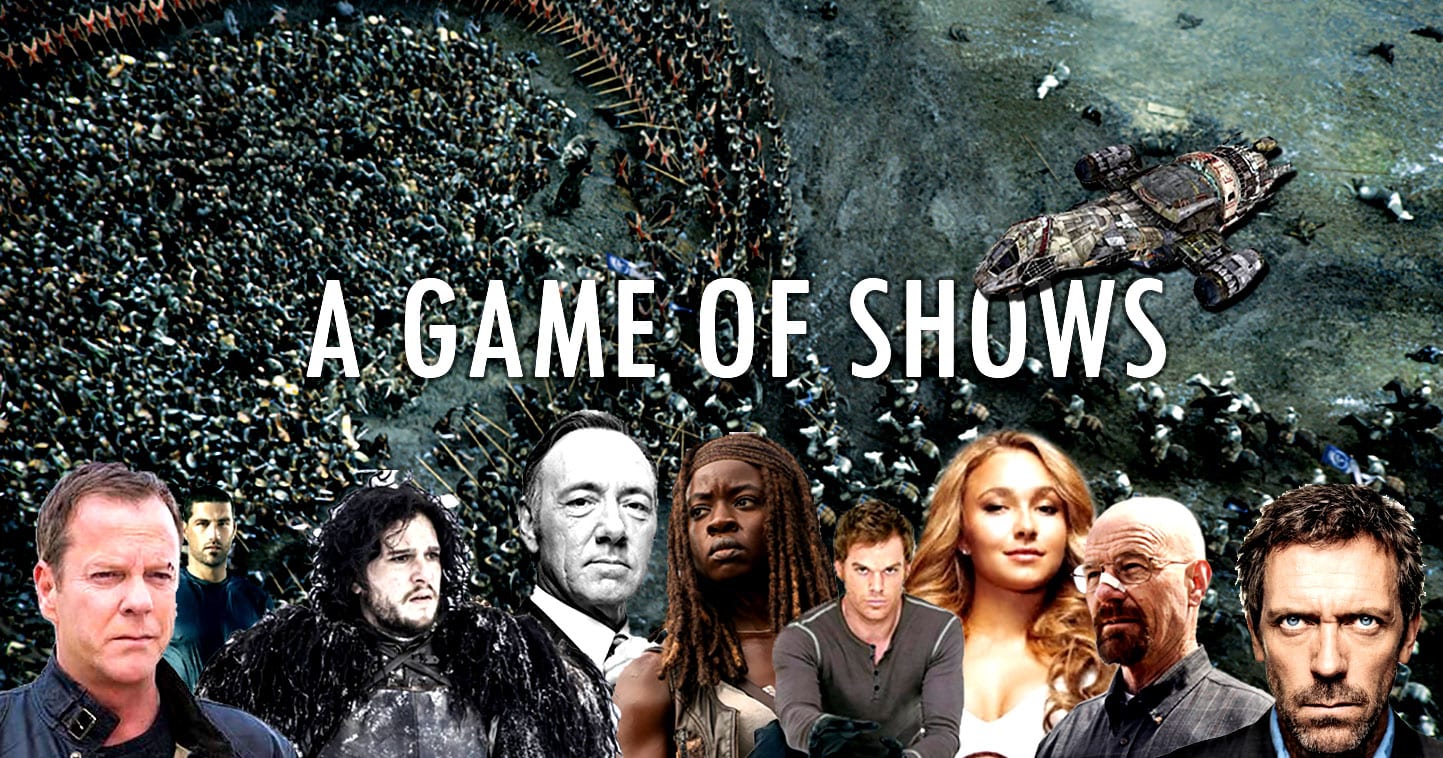 In less than a day, HBO’s most watched and for 5 years in a row, the world’s most pirated TV show, Game of Thrones hits the small screen again for the first episode of its 7th season. Whether you’re in team Targaryen, team Snow or team Lannister, on July 16th you’re staying home to watch the story unfold after “The Battle of the Bastards” and “The Winds of Winter”. In this context, I wanted to find out about the increasingly competitive market of tv series.

Thanks to Wikipedia, I was able to assemble a list of 963 tv shows distributed by ABC, Amazon, AMC, CBS, Fox, FX, HBO, Hulu, NBC, Netflix, Showtime, Starz and USA that aired for the first time in the years 2000 – 20171. I excluded continuations, kids shows, documentaries, reality, talk shows, stand-up comedy, sports, vanity and soaps. That means no Planet Earth, since it’s a documentary. Also, no Simpsons, Friends or Futurama because it aired first before the year 2000.

Next I pulled every shows data using the OMDb API. The API went private recently, so I decided to donate a monthly fee through Patreon so I could receive a private key and get access to all the data. And this is the resulting infographic.